Uterine cancers that developed in patients treated with tamoxifen had fewer PI3K pathway mutations and may have instead been driven by tamoxifen-induced PI3K pathway activation, according to results presented at the 2021 San Antonio Breast Cancer Symposium.

In preclinical studies, the increase in PI3K pathway activation was mitigated by treatment with the PI3K inhibitor alpelisib.

“We want to make sure people understand that tamoxifen is safe to use, and tamoxifen-associated uterine cancer is infrequent,” said study senior author Rinath Jeselsohn, MD, a medical oncologist at Dana-Farber. “We wanted to understand the mechanisms behind this uncommon event to potentially help patients who are at an increased risk of uterine cancer due to other additional risk factors.

Cancer treatments that increase risk for secondary tumors typically do so by creating and/or selecting for mutations that cause uncontrolled growth in other tissues. “The model for how secondary cancers occur after chemotherapy, for example, is that cells acquire driver mutations that lead to clonal outgrowth,” said presenter Kirsten Kübler, MD, PhD, an associate scientist at the Broad Institute of MIT and Harvard, research staff at Massachusetts General Hospital, and an instructor at Harvard Medical School, who recently joined the faculty of the Berlin Institute of Health at Charité in Berlin. “Our results extend that view in the sense that a drug could directly activate a signaling pathway instead of creating mutations that activate the pathway.” 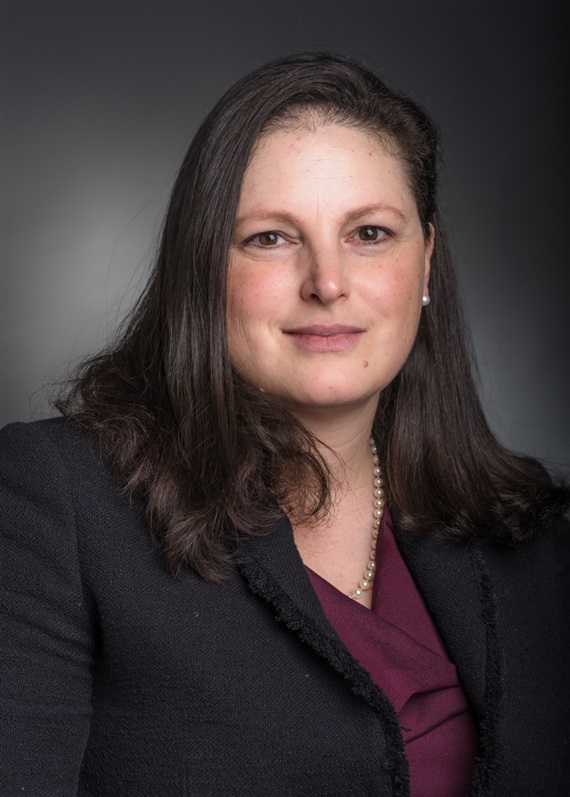 In order to define the mutational landscape of TA-UC, Kübler and colleagues, including Gad Getz, PhD, Agostina Nardone, PhD, Yosi Maruvka, PhD, and Wilbert Zwart, PhD, performed whole-exome sequencing on 21 TA-UC samples from the TAMARISK study, which evaluated the occurrence of secondary cancers in tamoxifen-treated patients. They compared the results with de novo uterine cancers—cancers that were not associated with tamoxifen use—from The Cancer Genome Atlas. They found that most genomic alterations occurred at similar rates between TA-UC and de novo uterine cancers.

The researchers verified these findings by using droplet digital PCR to interrogate PIK3CA hotspot mutations in 40 other independent samples from TAMARISK and comparing the data with a cohort of de novo uterine cancers from AACR Project Genie. Here again, they found a decreased incidence of PIK3CA mutations in the TA-UC samples—7.5 percent versus 21 percent.

To investigate the mechanisms of decreased PI3K pathway mutations in TA-UCs, the researchers examined uterine tissue from tamoxifen-treated mice. They found that tamoxifen increased the expression of Ki67, a marker of cell proliferation. They also sequenced RNA from the uterine tissue and stained for phosphorylated proteins in the PI3K pathway—such as IGF1R, AKT, and S6—which indicates pathway activation. These data revealed a significant increase in PI3K pathway activation among tamoxifen-treated mice, as compared with mice treated vehicle control.

Kübler and Jeselsohn suggested that the tamoxifen-driven increase in PI3K pathway signaling may, in effect, substitute for a PIK3CA or PIK3R1 mutation to stimulate uterine cancer development.

“What’s unique is that we found a new mechanistic explanation for the development of therapy-related tumors that, to our knowledge, has not been described previously,” Jeselsohn added.

The researchers attempted to mitigate the tamoxifen-driven increase in PI3K pathway activity by treating mice with the PI3K inhibitor alpelisib in conjunction with tamoxifen. They found that co-treatment diminished the increases in Ki67 staining and markers of PI3K signaling.

“For women taking tamoxifen for breast cancer, there may be a possibility of using a PI3K inhibitor for those who are at an increased risk of uterine cancer, as a prevention strategy,” Jeselsohn said.

She added that long term data from the IBIS-1 study showed that the excess risk of uterine cancer was confined to the duration of treatment. The finding that TA-UC may depend on the non-mutant activation of a pathway, as part of the multi-step process of tumor development, she said, may partly explain this clinical finding.

Limitations of this study include a relatively small number of available patient samples, since TA-UC is not a common disease, as well as the fact that samples were from formalin-fixed paraffin-embedded tissue, which introduces challenges related to genomic characterization.