Many cancers develop from cells that have a malfunctioning tumor suppressor gene, p53, which normally helps control unchecked cell growth and prevent cancer. Some scientists are pursuing a strategy of restoring p53 gene function in cancer cells to stop their unruly growth or kill them.

The exact effects of reviving p53 activity in tumors are not yet fully understood. In some cancers, like lymphomas, reactivated p53 causes the malignant cells to self-destruct through apoptosis, while in other cancers, such as sarcomas and carcinomas, restoring p53 does not kill the cells — it simply puts them into a quiescent state called senescence. What determines these differing cell “fates” has not been clear. But a new study by scientists at Dana-Farber and the Massachusetts Institute of Technology (MIT) has identified a major factor that influences which path tumor cells will take when p53 is restored, Moreover, the investigators have shown in the laboratory that cancer cells can be forced to self-destruct rather than become senescent.

The report by cancer scientists Anthony Letai, MD, PhD, of Dana-Farber, and Tyler Jacks, PhD, of MIT and their colleagues is published in the Proceedings of the National Academy of Sciences. 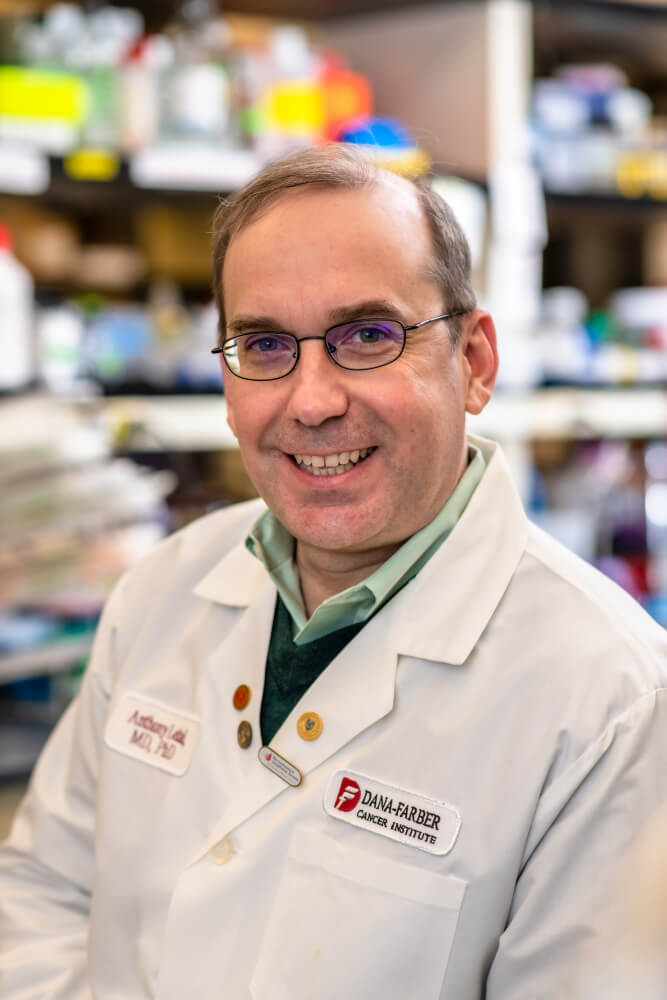 Experiments with engineered mouse models had previously demonstrated that tumors which developed as a result of p53 deficiency were highly sensitive to the reactivation of the p53 gene. Studies in different cancer types “lend strong support to efforts aimed at reactivating p53 as a possible cancer therapeutic strategy,” the researchers said.

“It has long been known that when p53 is turned on, cells either die or arrest,” says Letai. “Our question was, what determines which fate is chosen?”

In the current study, Letai and his colleagues sought to determine if the fate of p53­-reactivated cancer cells was influenced by the level of “mitochondrial apoptotic priming” in the cells prior to reactivating p53. Mitochondrial priming refers to the readiness of a cell to die through apoptosis (self-destruction). The level of priming — how close the cell is to apoptotic death — is the result of the balance of BCL-2 proteins in the cell; some of the proteins nudge the cell toward apoptosis while others shift the balance toward cell survival. Cells with high mitochondrial priming are more likely to be sensitive to anti-cancer drugs, while those with low priming are more resistant. The level of priming can be measured by a test called BH3 profiling.

They tested this in laboratory cell lines from three different tumor types — lung adenocarcinoma, sarcoma, and lymphoma – using BH3 profiling to measure the level of priming in each of the cancer cell types. As expected, lymphoma cells with high initial priming underwent apoptosis after p53 restoration. Cells with low initial priming — lung adenocarcinoma and sarcoma — survived and proceeded to arrest in the cell cycle.

Moreover, the researchers demonstrated that by using drugs to inhibit the anti-apoptotic proteins in the low-priming cells, they could increase the priming and force the cancer cells to self-destruct through apoptosis when p53 function was restored.

“Drugs that increase priming enforce an apoptotic fate, suggesting a p53-independent strategy for augmenting efficacy of cancer chemotherapy drugs that kill via p53,” the investigators said.