Even as more young women with breast cancer opt to have mastectomies, many experience a persistent decline in their sexual and psychosocial well-being following the procedure, as detailed in new research by Dana-Farber Brigham Cancer Center. The findings, reported in in JAMA Surgery, highlight the importance of doctors and patients discussing the potential long-term physical and emotional consequences of the procedure, researchers say.

In a multicenter prospective cohort of young women diagnosed with breast cancer, moderate to large quality of life differences were apparent several years after breast cancer surgery, with women who underwent more extensive surgery reporting lower quality of life. The findings in the study are especially noteworthy given the recent trends towards younger women with breast cancer opting for bilateral mastectomies for unilateral breast cancer when breast conserving surgery was also an option. 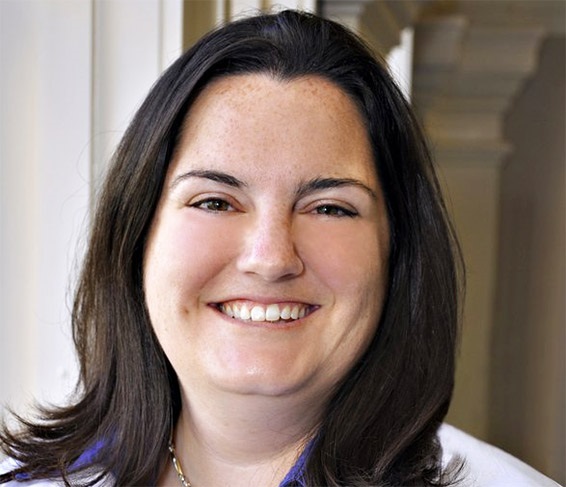 “Historically, it was felt that 75 percent of breast cancer patients should be eligible for breast conserving surgery. Over time, however, more women, particularly young women, are electing to have a mastectomy,” says the lead author of the study, Laura Dominici, MD, a surgeon at Dana-Farber Brigham Cancer Center. “They frequently offer peace of mind as the reason for their decision – even though research shows that unless a woman has a genetic predisposition to breast cancer, she has a very low risk of developing cancer in the healthy breast.”

In this study, a patient reported outcomes survey known as BREAST-Q was completed by 560 women, age 40 and younger with breast cancer, who were on average 5.8 years removed from their diagnosis.

Patients who had a mastectomy scored markedly lower in three quality of life measures – satisfaction with the appearance of their breasts, psychosocial well-being, and sexual well-being – than patients who underwent breast-conserving surgery. The results were consistent regardless of whether the patients had one or both breasts removed, and that most had breast reconstruction surgery.

A fourth area examined by the survey – physical function – was similar for women who had a mastectomy and those who had not. Women with financial difficulties tended to have lower scores in all four categories.

“The decision of whether to have a mastectomy or breast-conserving surgery should be a shared decision between patients and their doctors,” Dominici added. “Particularly when talking to young women, who are likely to have a long period of survivorship, it’s important that we as clinicians discuss the potential impacts of mastectomy on their quality of life. As our study indicates, those impacts are not insignificant and persist years into the future.”

Dominici said the study’s primary limitation is that it was not randomized, and it evaluated quality of life only at a single time point. She added that researchers did not have information about women’s quality of life prior to the study, which could have affected their decision making and their post-surgery quality of life.

This study was funded by the Agency for Healthcare Research and Quality, Susan G. Komen, the Breast Cancer Research Foundation, and The Pink Agenda. Dominici declares no conflicts of interest.