Scientists are beginning to make inroads into treating cholangiocarcinoma, a rare, lethal cancer of the bile ducts, with precision drugs. Last year, the first targeted drug for some patients with the disease was approved.

Now, Dana-Farber scientists say they have identified another genetic alteration in a small percentage of cholangiocarcinoma patients that can be attacked with new and experimental targeted drugs. All three patients given the drugs saw their cancer substantially decrease in size and their cancer was controlled for at least nine months and as long as 28 months.

Cancers of the biliary tract — a network of ducts that connect the liver, gallbladder, and small intestine — typically are diagnosed when they already have spread, and survival rates are low. Patients whose tumors can’t be surgically removed are usually treated with a combination of chemotherapy agents.

However, research on precision therapies for the disease is accelerating. In April 2020, the first such therapy for advanced cholangiocarcinoma was approved by the U.S. Food and Drug Administration. The drug, pemigatinib, is designated for patients whose cancers’ DNA contains rearrangements of the FGFR2 (fibroblast growth factor receptor) gene. This “druggable” alteration, which can be tested for and which predicts benefit from treatment with pemigatinib, is found in about 15% of patients with cancer of bile ducts inside the liver. In a clinical study leading to approval of pemigatinib, researchers reported that the drug achieved a 36% rate of tumor shrinkage, including 2.8% of patients having a complete response.

“This was a milestone,” says James Cleary, MD, PhD, of Dana-Farber’s Gastrointestinal Cancer Center. A second targeted drug, infigratinib, was approved in May 2021 for cholangiocarcinoma patients with an FGFR2 rearrangement.

In a recent report, Cleary and a team of researchers have identified a different genetic alteration in the FGFR2 gene in cholangiocarcinoma that hadn’t previously been known to be sensitive to FGFR inhibitors. This alteration is termed an extracellular domain in-frame deletion (EID) and was found in about 3% of patients with intrahepatic [inside the liver] cholangiocarcinoma (IHCC). 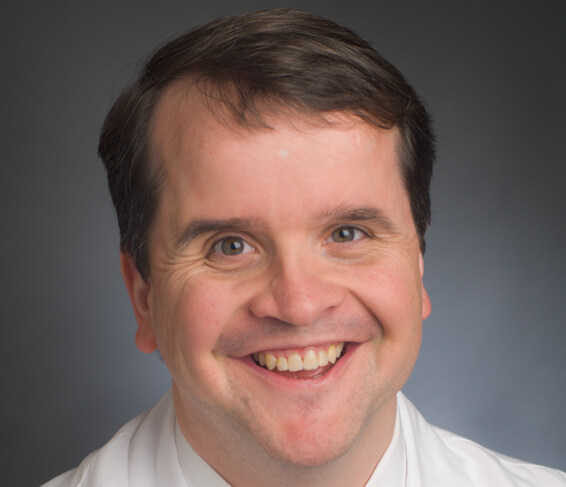 Cleary is the first author of a report in Cancer Discovery, along with other Dana-Farber scientists and researchers from Massachusetts General Hospital and other centers, describing the identification of the deletion in the FGFR2 gene that causes the gene to be over-activated, triggering cancerous cell growth, but also making the tumors sensitive to FGFR inhibitors.

The EID alteration was found by next-generation sequencing of 355 patient samples of biliary tract cancer, including 178 patients with intrahepatic cholangiocarcinoma. The samples were analyzed using the Oncopanel cancer gene platform at Dana-Farber/Brigham and Women’s Cancer Center. The sequencing search detected FGFR2 rearrangements in 12% of intrahepatic cholangiocarcinoma patients, mutations in IDH1 (19%) and BRAF (3%), as well as mutations in the homologous recombination pathway for DNA repair.

The newly discovered EID deletions were identified in 2.8% of the IHCC cancers. The researchers then looked in a large database from the American Association for Cancer Research project GENIE that collects cancer genetics data from many research centers: in the GENIE database they found several additional tumor types that carried the FGFR2 EID deletion, including breast, ovarian, brain, adenoid cystic and endometrioid carcinomas.

Having shown in the laboratory that cholangiocarcinoma cells carrying the EID deletion were sensitive to two experimental FGFR inhibitors — Debio 1347 and futibatinib — the researchers treated three patients with advanced IHCC whose tumors had the EID deletion.

One patient was a woman who was initially treated with surgery and standard chemotherapy. She survived for several years but her therapeutic options were becoming increasingly limited. Genetic testing then revealed an EID deletion and she was placed on a trial of Debio 1347, which shrank her tumor by half. She benefitted from the drug for 13 months and enjoyed a high quality of life. She then developed resistance to Debio 1347, but, remarkably, her cancer responded to another FGFR inhibitor, futibatinib, for another 15 months.

“This opened our eyes to the therapeutic potential of targeting this novel FGFR2 alteration,” he says, especially because second-line treatment with standard chemotherapies in that setting only minimally improves survival.

A second cholangiocarcinoma patient described in the report underwent surgery but had a recurrence a year later. After testing revealed an FGFR2 EID deletion, he was treated with Debio 1347, which shrank his tumors by 50%. Two and half years later, he continues to benefit from the drug, Cleary says.

The third patient, a 75-year-old woman treated by Douglas Rubinson, MD, PhD, was found to have a large liver mass that was treated with standard chemotherapy, which failed to slow the cancer’s growth. She also had an FGFR2 EID alteration, and was placed on Debio 1347, which caused a partial response — a 36% decrease in her tumors — and she benefitted from the drug for 10 months.

The study was supported by the Evan Schumacher Fund for Rare Cancer Research, the TargetCancer Foundation, Team Evan Schumacher, the Haya Linde Memorial Fund, and the Marilyn and Lionel Lumaghini Family Fund for Cholangiocarcinoma Research. Additional support was from the National Institutes of Health P50CA127003.