Patients with advanced renal cell carcinoma who received the checkpoint inhibitor combination nivolumab plus ipilimumab experienced longer TFS over a 42-month period than patients who received the targeted therapy sunitinib, regardless of the International Metastatic Renal Cell Carcinoma Database Consortium (IMDC) risk group, according to new analysis of the CheckMate 214 clinical trial published in Clinical Cancer Research, a journal of the American Association for Cancer Research.

TFS, as defined by the study author Meredith Regan, ScD, of Dana-Farber Cancer Institute and an associate professor at Harvard Medical School, is the time between ending the protocol-assigned therapy and starting a subsequent therapy or death, for the entire trial cohort.

“One of the great challenges in conducting clinical trials is that some of the endpoints we’ve been using to measure the efficacy and value of a treatment are not optimal, especially when evaluating immuno-oncology-based therapy regimens,” said Regan.

She and her collaborators recently proposed the new TFS outcome to incorporate the quality of survival time into the trial analysis to better inform clinical decision-making.

“As we continue to develop new treatments, we have an opportunity to think about new methods to better balance the efficacy and toxicity to the patients,” added Regan. “To do that, we needed a new endpoint to quantify those two aspects together—to continue to improve survival for patients while also focusing on how they are spending their time. That’s how TFS came to be.”

The authors are now applying TFS analysis retrospectively to prior clinical trials to complement the standard endpoints, and plan to use the new endpoint prospectively in future trials. 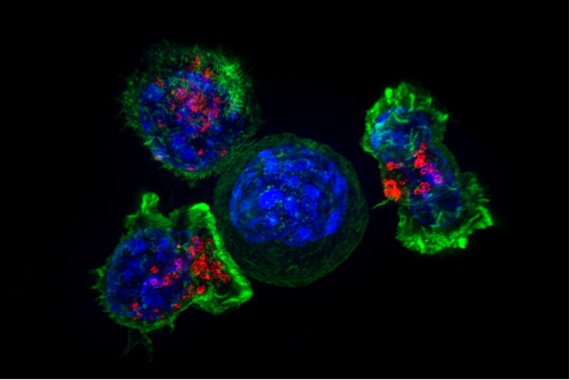 In this study, they evaluated TFS in the CheckMate 214 phase III trial. Results of this trial showed a significantly longer overall survival with the nivolumab and ipilimumab combination (nivolumab + ipilimumab) than with sunitinib in patients receiving their first therapy for advanced renal cell carcinoma with both intermediate and poor prognostic risk and favorable risk, assessed per the IMDC. At 42 months since initiating therapy, 52 percent and 39 percent of patients were alive with nivolumab + ipilimumab and sunitinib, respectively.

The TFS analysis was performed for the 42-month time period and included all patients (550 who received nivolumab + ipilimumab and 546 who received sunitinib). TFS was subdivided into treatment-free survival with and without toxicity by counting the days in which patients experienced moderate and severe treatment-related adverse events (TRAEs).

“This analysis is very patient-centered, and the implications of this work are that we have a new way to assess the value of new treatments to patients when we do clinical trials,” said Regan. “We knew from the previous CheckMate 214 analysis that nivolumab + ipilimumab improved survival compared with sunitinib; now, we are able to compare the way patients spent that overall survival time on these two different treatment approaches, and I think having this information is an important complement to the original trial results.”

The limitations of this study included that the researchers conducted the TFS analysis retrospectively, so the results had to be interpreted in the context of the existing protocol.

"This is a work in progress as we're continuing to refine this approach to better define how we evaluate toxicity,” said Regan. “We counted the days when patients experienced adverse events and registered their severity, but that didn’t take into account the type of adverse event or if more than one occurred on the same days.”

Another potential limitation in the application of TFS in future clinical trials is that data collection could become more labor-intensive and costly. Furthermore, continuing to collect data on quality of life in the long run once patients stop the protocol-assigned treatment might be challenging.