Treatment with an immunotherapy drug following kidney cancer surgery, prolonged disease-free survival rates in patients at high risk for recurrence, according to an interim report of a phase 3 clinical trial of adjuvant immunotherapy in this patient population. 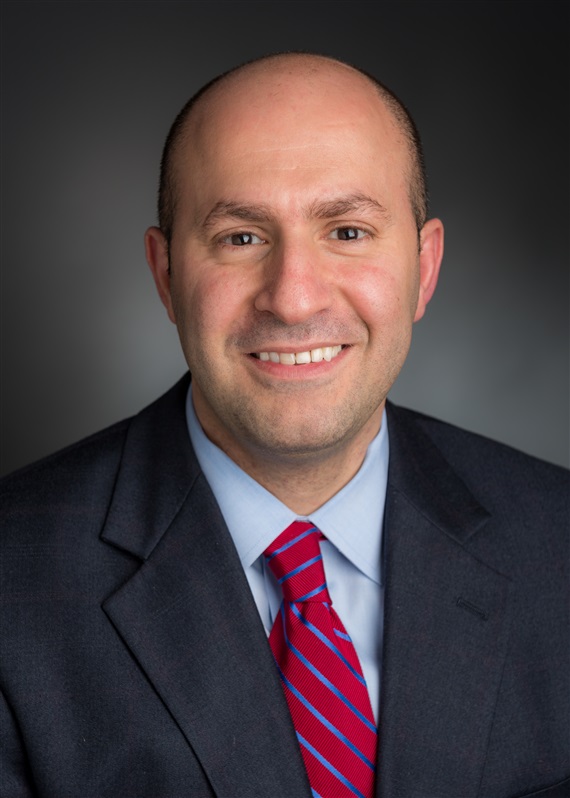 Patients who were treated for nearly a year with pembrolizumab experienced a longer delay before the disease recurred, compared with those who got a placebo, said Toni K. Choueiri, MD, of Dana-Farber Cancer Institute, reporting on the KEYNOTE-564 clinical trial. This translated into a 32 percent decrease in the risk of recurrence or death in the first two years of the trial. Choueiri, the director of the Lank Center for Genitourinary Oncology at Dana-Farber, presented the findings in a plenary presentation to the American Society of Clinical Oncology (ASCO).

“KEYNOTE-564 is the first positive phase 3 study of an adjuvant immunotherapy in this setting and is a potential new standard of care,” said Choueiri, who led the study. The report contained the first pre-specified analysis of the trial data.

Adjuvant treatment is additional therapy given after the primary treatment to lower the risk that the cancer will come back.

Reporting on the KEYNOTE-564 trial results to date, Choueiri said the estimated disease-free survival at 24 months after surgery was 77.3% with pembrolizumab treatment versus 68.1% with placebo. The trial is continuing to see if the adjuvant treatment increases overall survival. There have been too few deaths thus far to answer the question, but Choueiri said, “the early signs are quite promising.”  The estimated overall survival rate at 24 months was 96.6% with pembrolizumab and 93.5% with placebo.

The KEYNOTE-564 trial was designed to evaluate adjuvant immunotherapy following partial or radical nephrectomy (removal of the cancerous kidney) within 12 weeks prior to randomization. The double-blind, phase 3 study, carried out at multiple sites internationally, enrolled 994 patients who were randomized to pembrolizumab once every three weeks for about a year, or a placebo. Pembrolizumab targets a molecular pathway that cancer cells commandeer to evade recognition and killing by the body’s immune system. By blocking this “checkpoint” pathway, the drug helps free the immune system - primarily with its army of T cells - to combat tumors.

For inclusion in the trial, patients were required to have a clear-cell component of their tumor and be at intermediate-high or high risk of recurrence. This risk level was defined as tumor stage 2 with nuclear grade 4 or sarcomatoid differentiation, tumor stage 3 or higher, regional lymph node metastasis, or stage M1 (metastases that had been surgically removed) with no evidence of disease.

The median disease-free survival was not reached in either the pembrolizumab or the placebo arm. The estimated percentage of patients who remained alive and recurrence-free at 24 months was 77.3% with pembrolizumab and 68.1% with placebo. The researchers are continuing to monitor the patients to determine if there is a difference in overall survival between the two arms of the trial, which Choueiri said may take additional follow up.

In conclusion, the study authors said, “our results support the use of pembrolizumab for patients with intermediate-high or high risk of disease recurrence in the adjuvant setting.”

The research was supported by Merck Sharp & Dohme Corp., a subsidiary of Merck & Co., Inc.