Sara M. Tolaney, MD, MPH, discusses progress made with escalation and de-escalation strategies in HER2-positive breast cancer, ongoing research with immunotherapy, and efforts being made to further move the needle forward. 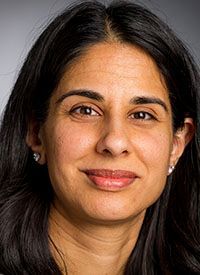 “HER2-positive disease was once thought to be the worst subtype of breast cancer, with the worst prognosis, but now [it might be] the subtype that has the best prognosis. This is because of our HER2-directed therapies,” Tolaney, associate director, Susan F. Smith Center for Women's Cancers; director, Clinical Trials, Breast Oncology; director, Breast Immunotherapy Clinical Research; and senior physician, at Dana-Farber Cancer Institute, said. “This shows what an impact these new agents are having, and it makes us hopeful that these therapies are likely to improve outcomes even further.”

In an interview with OncLive®, Tolaney, who is also an associate professor of medicine at Harvard Medical School, discusses progress made with escalation and de-escalation strategies in HER2-positive breast cancer, ongoing research with immunotherapy, and efforts being made to further move the needle forward.

OncLive®: What are some of the most recent advances that have been made to optimize treatment strategies for patients with early HER2-positive breast cancer?

Tolaney: We have made a huge impact on patients with HER2-positive early-stage disease. However, as we have gotten better at introducing HER2-directed therapies into this setting, [we also have the] opportunity to figure out how best to personalize therapy for our patients. [This entails] trying to deescalate the amount of toxic therapy given to patients with lower-risk disease, and trying to escalate therapy for those who have higher-risk disease. For example, those who have small HER2-positive, node-negative cancer are optimal [candidates] to consider giving less therapy to. Now that we have optimal HER2-directed agents, we are at a point where we can think about doing de-escalation. We have made tremendous headway in that area, but we can still do better.

In terms of escalation, we have also found that we can add HER2-directed therapies, such as we have with pertuzumab [Perjeta]. We [have also found] that it is possible to substitute more potent and effective HER2-directed therapies like ado-trastuzumab emtansine [T-DM1; Kadcyla] for trastuzumab [Herceptin]. Again, we have learned a lot about how to escalate therapy to improve outcomes, however, multiple ongoing trials are trying to do this even better with newer HER2-directed agents, such as trastuzumab deruxtecan [Enhertu] or tucatinib [Tukysa]. We are going to continue to see more and more improvement in this area, which is exciting.

Could you expand on some of the data that have been reported thus far with de-escalation treatment strategies? Has anything been learned regarding optimal duration of treatment?

[One strategy] has been to give less chemotherapy, which is important. [We have been able to do this in] stage I HER2-positive disease; options now include only giving paclitaxel and trastuzumab or giving just T-DM1 in this population. We have also tried to substitute more toxic chemotherapy with less toxic chemotherapy. For example, getting rid of anthracyclines would be a major improvement, and we have gotten a lot better at that. Most of us have now started using docetaxel, carboplatin, trastuzumab, and pertuzumab instead of doxorubicin and cyclophosphamide followed by paclitaxel, trastuzumab, and pertuzumab because data suggest that outcomes are similar with non-anthracycline– compared with anthracycline-based therapies.

An area that needs improvement [in terms of] de-escalation, and where there has not been much headway made, is duration of therapy. Currently, the standard of care is 1 year of trastuzumab-based treatment, which is a very long time. Although we have tried to do noninferiority studies with a shorter duration of trastuzumab, for most of these studies, it has not proven to be noninferior.

However, as we get better with HER2-directed therapies, it calls to question whether the full duration of therapy is needed with some of these treatments. For example, if someone achieves a pathologic complete response [pCR] to preoperative therapy, would we need to give them a full year of HER2-directed treatment? These are areas we can learn to do better in.

What is known about escalation approaches, specifically with neratinib (Nerlynx)?

One escalation strategy has been to take a patient who has high-risk HER2-positive disease who has completed all their HER2-directed therapy, as was done in the phase 3 ExteNET trial [NCT00878709], could we give them more therapy? ExteNET looked at giving 1 full year of neratinib vs placebo to patients who completed their 1 year of trastuzumab. [Results showed] that in the [patients with] hormone receptor [HR]–positive, HER2-positive [disease], the year of neratinib significantly improved invasive disease-free survival [iDFS].

Since then, several interesting exploratory analyses have shown that if [we look at a] really high-risk group, such as those with HR-positive, HER2-positive disease who did not achieve a pCR and were within the 6 months of completion of trastuzumab [when starting neratinib, there is a] significant iDFS benefit, as well as an overall survival benefit. This is an intriguing finding. Moreover, they also saw numerically fewer brain metastases as first site of recurrence, [making this] the first study to show an impact on incidence of central nervous system metastases based on adjuvant therapy.

This shows that we can do better. As such, more trials, like the ongoing phase 3 CompassHER2 RD study [NCT04457596], is adding tucatinib to T-DM1 in the residual disease population. We hope that the tucatinib will help prevent brain metastases on top of preventing recurrence.

What is some of the work that is being done with immunotherapy?

There are many ways in which we are trying to move forward and continue to improve outcomes, and one of them has certainly been immunotherapy. However, to date, [this area] has been somewhat disappointing.

Although some signals of benefit for immunotherapy [have been observed] in the metastatic setting, particularly with some data suggesting benefit with adding checkpoint inhibition to T-DM1, data in the early-stage setting from the phase 3 IMpassion050 trial [NCT03726879] which did not show benefit with adding atezolizumab [Tecentriq] to chemotherapy with trastuzumab and pertuzumab. This is a pre-operative study that had a pCR end point, and most think event-free survival is the right end point now for these studies, so it is hard to know with certainty, but it was disappointing.

Several other immunotherapy-based trials are ongoing, and they are looking at adding checkpoint inhibitors to both the preoperative and adjuvant settings. As such, we will learn more [from these studies], but for now, the signal [of benefit from immunotherapy] has not quite been there.

What other efforts have generated excitement in this paradigm?

We are also seeing studies looking at using more potent antibody-drug conjugates [ADCs] in the early disease setting, such as trastuzumab deruxtecan. An ongoing trial is looking to replace T-DM1 in the post–preoperative setting with trastuzumab deruxtecan, which will teach us if we can do better by using a better ADC here.

Additionally, some trials [are examining] add-on strategies like CompassHER2 RD, adding tucatinib to T-DM1, as well as extended adjuvant trials like the phase 3 eMonarcHER [NCT04752332], which [is examining the addition of] abemaciclib [Verzenio] to endocrine therapy in [patients with] estrogen receptor [ER]–positive, HER2-positive [disease], like how we have [done] in [those with] ER-positive, HER2-negative [disease]. Many strategies are [under investigation], but this is exciting because it suggests that many will be successful and help us improve outcomes for patients.