A new partnership between researchers at Dana-Farber Cancer Institute and University College London (UCL) may prove decisive in the quest to develop the first blood test for early-stage ovarian cancer.

Under the agreement, researchers at UCL will provide Dana-Farber scientists with thousands of blood samples from women at high risk of developing ovarian cancer, including those who carry mutations in the BRCA genes. The researchers will work together to refine a promising early-detection test for the disease. The test, developed at Dana-Farber, has been shown to be 99.8% accurate for women from high-risk families – tantalizingly close to the 99.9% required for potential clinical use. 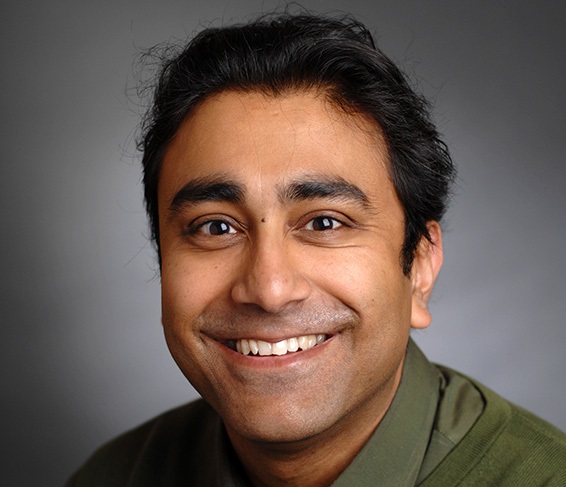 “The biobank at UCL has one of the world’s largest and most comprehensively curated collections of blood samples for the study of women’s cancers,” says Dipanjan Chowdhury, PhD, a co-leader of Dana-Farber’s Center for BRCA and Related Genes, which provides specialized care to patients who  harbor abnormalities in BRCA1, BRCA2, or related genes. “The more than 35,000 samples that have been collected represent one of the most powerful sets available for this type of research, especially considering that women at high risk for ovarian cancer comprise a relatively small portion of the population.”

“In our early detection research, we have increased the accuracy of biomarker tests by focusing on change over time in an individual’s biomarker levels as they develop the cancer. We are delighted to work with the Dana-Farber team and share our collection of serial samples that precede diagnosis of ovarian and breast cancer so that accuracy of their test can be improved,” says Usha Menon, MD, who leads the UCL team.

The need for an early-detection test for ovarian cancer is urgent. In more than 70% of women with the disease, it has already spread at the time of diagnosis, making it difficult to treat successfully. In these patients, the five-year survival rate is only 30%. When the cancer is diagnosed at Stage 1 – before it has had a chance to invade surrounding tissue – the five-year survival rate is over 92%.

Unlike many other cancers, ovarian cancer often doesn’t produce symptoms in its initial stages. The lack of any FDA-approved test capable of detecting the disease early on is one of the single biggest obstacles to improving survival rates.

Chowdhury and his colleague Kevin Elias, MD, of Dana-Farber and Brigham, and Women’s Hospital have developed a test that looks for certain microRNAs – small, non-coding pieces of genetic material – in blood samples to detect early-stage ovarian cancer in high-risk families. In studies, the test has proven to be exceptionally accurate, returning the correct result in 99.8% of cases.

Impressive as that rate is, it needs to be virtually 99.9% before the test can be potentially accepted for clinical use, Chowdhury explains. The reason has to do with the lack of any follow-up procedure to confirm the test’s findings. Screening for colon cancer, for example, can now be done with tests for DNA markers in blood or stool. When a test comes back positive, the next step is a colonoscopy to examine the large intestine for abnormal growths. No equivalent of a colonoscopy exists for ovarian cancer. The only follow-up to a positive test for ovarian cancer would be surgery to remove the affected ovary. Such a step would not be undertaken unless the results of the test were absolutely reliable.

To raise the test’s accuracy to 99.9%, researchers need to analyze large numbers of blood samples from women at risk for ovarian cancer – so the roster of microRNAs signaling the presence of the cancer can be further refined. The samples from UCL are critical in this regard.

The UCL biobank holds blood samples collected over nearly a decade from more than 200,000 women, including 4,300 from families with a high risk of developing ovarian cancer – some of whom went on to develop the disease. The samples are linked to extensive data on the donors’ health and medical histories.

“We now have serum and plasma samples from these women that were taken years before their cancer was detected by surgery,” Chowdhury comments. “We’ll be analyzing these samples to see what additional information we can obtain about microRNAs that are a sign of ovarian cancer. We’re extremely grateful to our colleagues at University College for sharing these samples that allow us to accelerate our research.”