The therapy, a chimeric antigen receptor (CAR) T-cell therapy, sparked remissions in 70.6% of the 17 patients in the trial, all of whom had myeloma that had relapsed or was resistant to previous therapies, according to the study, posted online today by the New England Journal of Medicine. Many of the responders had relapsed after treatment with a previous generation of CAR T-cell therapies, which target a cell antigen known as BCMA.

The findings have spurred the opening of a larger trial, which targets an antigen known as GPRC5D, in patients with myeloma. 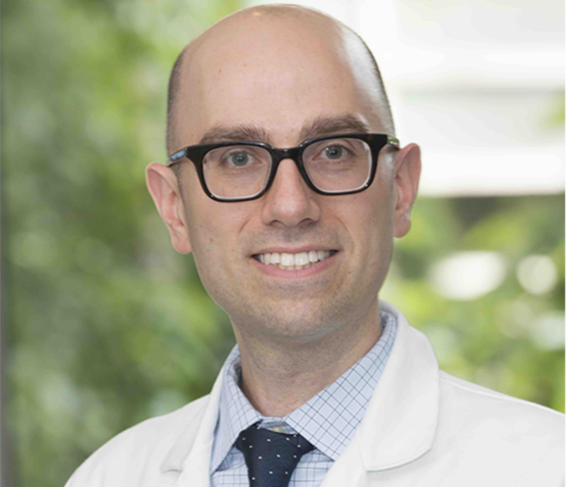 “CAR T-cell therapies targeting BCMA [the B cell maturation antigen] ­– a protein prevalent on immune system B cells – have shown promise in advanced myeloma, but many patients relapse,” says Eric L. Smith, MD, PhD, of Dana-Farber, the co-senior author of the study with Renier Brentjens, MD, PhD, of Roswell Park Comprehensive Cancer Center. “We developed CAR T cells targeting an antigen that we identified – called G protein-coupled receptor, class C group 5 member D, or GPRC5D – which were effective in the laboratory against myeloma cells and in animal models of the disease, including those that no longer responded to BCMA-targeting CAR T cells. Our phase 1 study represents the first time this second-generation CAR T-cell therapy has been tested in patients.”

“CAR T-cell therapy is one of the most promising ways to treat cancer,” says Sham Mailankody, MBBS, first author and principal investigator for the clinical trial at MSK. “While the clinical trial is still in early stages, we are encouraged by the results as post-treatment tests are showing that six participants had a complete response to the treatment and twelve of the patients are showing a measurable decline in their cancer.”

“It’s a novel cellular-therapy approach for multiple myeloma that, in this first small study, demonstrated a strong response rate in patients, even those who were previously treated with other CAR T-cells targeted to another antigen, BCMA,” says Dr. Brentjens, who is Deputy Director and the Katherine Anne Gioia Endowed Chair in Cancer Medicine at Roswell Park. “It’s a proof-of-principle study, but these results provide a rationale for not just infusing a single population of CAR T cells but using several populations that may be targeted to different proteins on the surface of the tumor cell.”

Like most CAR T-cell therapies, the one developed at Memorial Sloan Kettering by Smith and his colleagues is custom-made for each patient. Millions of T cells are collected from the patient’s blood and equipped with a synthetic gene that lets them lock onto a specific protein on cells – in this case, the GPRC5D antigen. The genetically enhanced cells are then infused back into the patient, where they lead an attack on cells carrying the antigen.

“Our pre-clinical work showed GPRC5D to be an attractive target for a CAR T-cell therapy for multiple myeloma,” Smith remarks. “We found it to be especially abundant on myeloma cells compared to normal tissue."

Smith adds that the GPRC5D antigen is something of a mystery, its role in normal cell life is unclear. Still, when researchers probed for surface proteins that were specific for expression on myeloma cells, GPRC5D stood out.

The 17 patients in the phase 1 trial, conducted at Memorial Sloan Kettering, had undergone a median of six prior treatments for myeloma, including several who had received CAR T-cell therapy targeting BCMA. Four dose levels of the second-generation CAR T-cell therapy were tested.

The study showed the therapy to be generally safe, with side effects comparable to those associated with BCMA-directed CAR T-cell therapies. Fifteen of the participants experienced cytokine release syndrome (CRS), a common, temporary consequence of CAR T-cell treatment marked by systemic inflammation. In all cases but one (in a patient who received the highest dose tested) CRS was mild or moderate. At the highest dose level, two patients experienced toxicity possibly associated with the cerebellum of the brain. No patients died from adverse events associated with the treatment.

Post-treatment tests showed that 12 participants, representing 70.6% of the whole group, responded to the treatment, showing a measurable decline in their cancer.  Six had a complete response, an absence of detectable cancer. Two of the patients are still showing a response to the therapy, more than a year after they were treated.

A multi-center clinical trial of GPRC5D-targeted CAR T-cell therapy for patients with relapsed or treatment-resistant myeloma is currently enrolling patients at Dana-Farber and other centers.