Until recently, when adults with acute lymphocytic leukemia (ALL) weren't cured or put into prolonged remission by standard chemotherapy, "there really was no good treatment option," says Marlise Luskin, MD, MSCE, a leukemia specialist at Dana-Farber Cancer Institute.

"The ability to get them into a second remission [with the possibility of proceeding to a stem cell transplant] was quite rare," Luskin says. "This was a big unmet need."

Now, such patients have a more favorable outlook, thanks to a new type of cancer drug approved in 2014 by the Food and Drug Administration (FDA) for treating patients with relapsed or refractory B-cell ALL. The drug, blinatumomab (Blincyto), is a bispecific antibody, modeled after the body's own disease-fighting antibodies but endowed with a sort of superpower: It can bind to two different targets at one time. In clinical trials, blinatumomab outperformed standard chemotherapy for B-cell ALL patients, showing superior remission rates, duration of remission, and overall survival. 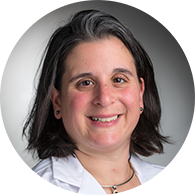 "We are getting a significant number of patients back into remission, and some of them go on to bone marrow transplants. There are some toxicities, but it's much better tolerated than chemotherapy."

"It's a game changer" for these patients, says Luskin, who is educational director of the Adult Leukemia Program at Dana-Farber. "We are getting a significant number of patients back into remission, and some of them go on to bone marrow transplants. There are some toxicities, but it's much better tolerated than chemotherapy."

Blinatumomab is also approved for patients who are clinically in remission, but have microscopic evidence of residual disease, referred to as minimal residual disease. When used prior to stem cell transplant, he results seem superior to historical standards.

The human immune system creates millions of different antibodies, Y-shaped proteins, each of which is fine-tuned to latch onto one distinctive antigen — a molecule on the surface of a microbe or infected cell or cancer cell — even an antigen the immune system hasn't encountered previously. Antibodies float through the body keeping a lookout for a unique antigen on the surface of a foreign cell. When an antibody binds to the antigen of a foreign or dangerous cell, it kills the cell or flags it for destruction by the immune system. 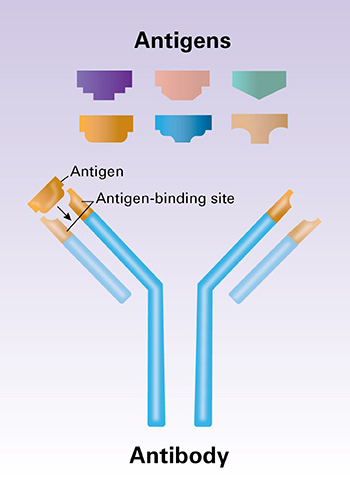 Monoclonal antibodies made in the laboratory were first created in 1975 and have been used for more than two decades to treat cancer and other diseases. In 1980, a team headed by Dana-Farber's Lee Nadler, MD, now senior vice-president for experimental medicine, administered the first monoclonal antibody to a human patient with lymphoma. It didn't cure the patient, but showed that treatment with a laboratory-manufactured antibody directed against a lymphoma-associated antigen was safe and could decrease the amount of antigen in the patient's blood.

Among the many that have subsequently been approved for cancer are: trastuzumab (Herceptin), used to treat HER2-positive metastatic breast cancer; bevacizumab (Avastin), used in treating colorectal cancer, glioblastoma, and ovarian cancer; and cetuximab (Erbitux), for colorectal and head and neck cancer. Recently, monoclonal antibodies have opened a new era in immunotherapy by targeting and disabling molecular checkpoints that keep the immune system from responding to cancer cells. Among these revolutionary new antibodies are pembrolizumab (Keytruda) and nivolumab (Opdivo). 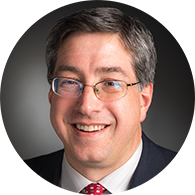 However, despite having two arms with tips that recognize antigens, these monoclonal antibodies can only engage with one type of antigen. A bispecific antibody (BsAb), by contrast, can recognize and bind to two antigens at one time. These may be antigens on two different cells or two different antigens on the same cell. This opens up a new avenue of therapeutic possibilities; many are in clinical testing, but some have begun to reach the clinic.

Blinatumomab, for example, is an antibody called a bispecific T-cell engager (BiTE) that can use one arm to bind to an antigen on a cancerous B cell, while the other arm latches onto an antigen on an immune T cell. By bridging these two cells, blinatumomab activates the T cell to attack and destroy the harmful tumor cell.

"With bispecific antibodies, you're bringing the patient's T cells to the game," says Daniel DeAngelo, MD, PhD, chief of the Division of Leukemia at Dana-Farber. "These T-cell engagers bring the patient's immune cells to target the relapsed cells. The advantages are that you can administer it whenever you want, and you can always turn it off if there is toxicity."

A bispecific antibody is a Y-shaped protien able to recognize and bind to two different cells.  In this example, the antibody latches on to a cancer cell and also grabs an immune T cell, which delivers cell-killing granules to the cancer cell.

Only a handful of bispecific antibodies (BsAbs) have been approved by the FDA, and just three of them for cancer. In addition to blinatumomab, two other BsAbs have been approved for cancer treatment — amivantamab-vmjw (Rybrevant), a bispecific antibody that targets cMet and EGFR proteins, for certain patients with non-small cell lung cancer, and tebentafusp-tebn (Kimmtrak), for metastatic uveal melanoma, a cancer of the eye. Kimmtrak binds to gp100, a protein which is expressed on most uveal melanoma cells, and to the CD3 receptor on cytotoxic T cells, causing the T cells to be activated and kill the uveal melanoma cells. 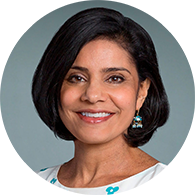 More than 180 BsAbs are in preclinical development, and over 50 BsAbs have been investigated in clinical trials, according to a recent article in Nature.

"These multitargeted antibodies are still a newer technology, but there's a lot of excitement" about their potential role in cancer, says Leena Gandhi, MD, PhD, director of the Center for Cancer Therapeutic Innovation at Dana-Farber. She estimates that hundreds of Dana-Farber patients have received bispecific antibody agents in clinical trials.

In multiple myeloma, bispecific antibodies are among the most promising new treatments on the horizon, says Ken Anderson, MD, director of the Jerome Lipper Multiple Myeloma Center and the LeBow Institute for Myeloma Therapeutics at Dana-Farber. 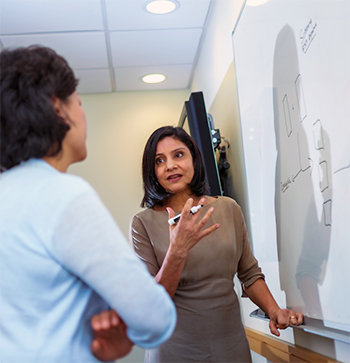 Several bispecific antibodies have been developed that bind to BCMA (B-Cell Maturation Antigen) on myeloma cells and to the CD3 protein complex on immune T cells. The antibodies bring the myeloma cells and the T cells together to trigger cancer cell destruction by the T cells. These bispecific antibodies have demonstrated high response rates in patients with advanced myeloma and the durability of responses will continue to be evaluated in ongoing and forthcoming trials. It's likely that these antibodies would be combined with other agents in treating myeloma, says Anderson.

Myeloma patients participating in trials of bispecific antibodies are currently those who have had several standard treatments that are no longer working. Peggy Furber, age 72, has been treated for several years by Jacob Laubach, MD, MPP, chief of the Division of Multiple Myeloma at Dana-Farber. Laubach has been involved in the development of cevostamab, a bispecific antibody that targets the FcRH5 antigen on myeloma cells and CD3 on T cells. Furber was initially diagnosed in 2017 and underwent treatment with several standard regimens but eventually, the standard agents were no longer effective in her case. Laubach suggested she consider participating in a clinical trial evaluating cevostamab, and she enrolled in the study in January 2022.

As is typical with the bispecific antibody drugs, Furber received her initial infusions in the hospital. She experienced an immune system overreaction, known as cytokine release syndrome, a relatively frequent complication of immunotherapy, but it was quickly brought under control.

Since then, Furber says, she has had few side effects, and "My numbers look great, the level of disease is just about gone. This is the best drug I've been on." 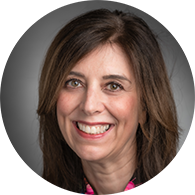 Bispecific antibodies are also being evaluated in lymphoma. Ann LaCasce, MD, MMSc, associate professor of medicine at Dana-Farber and a specialist in leukemia and lymphoma, notes that the landscape for patients with indolent B-cell lymphomas has changed and continues to improve with the advent of new agents, such as the bispecific antibodies.

"I'm particularly excited about the CD20 bispecific antibodies," says LaCasce. "There are four agents that are currently in clinical trials. There have been a lot of debates about how the activity of the bispecific antibodies will compare to CAR T-cell therapy. We know they can cause cytokine release syndrome and inflammatory-like reactions, but they don't appear to have the neurologic toxicity that you can see with CAR T.

"The bispecific antibodies are available off the shelf, so that you don't have to collect cells and send them for manufacturing [as is required to make CAR T cells] and I think that is very appealing," LaCasce notes. "These drugs are being combined with all kinds of agents including rituximab and lenalidomide and other novel agents. I think it's going to be very exciting to see how this all plays out."