A combination of two immunotherapy drugs, already shown to be more effective in patients with advanced melanoma than one of the drugs alone, also prolongs the benefit to patients who receive subsequent therapies, a clinical trial led by Dana-Farber Cancer Institute investigators indicates. The findings will be presented today at the 2021 Congress of the European Society of Medical Oncology (ESMO).

The findings, based on data from the RELATIVITY-047 trial, extend and reinforce the study’s previously reported results: that a regimen of the immunotherapy drugs nivolumab and relatlimab can stall the progression of advanced melanoma longer than nivolumab alone. Patients who received the combination therapy as their initial treatment had a median progression-free survival – the span of survival before the disease worsened – of 10.1 months, compared to 4.6 months for those treated with nivolumab alone.

The new analysis of trial data shows that the benefit of the combination persisted across multiple subgroups of patients and endured for those who received later, additional systemic treatment. 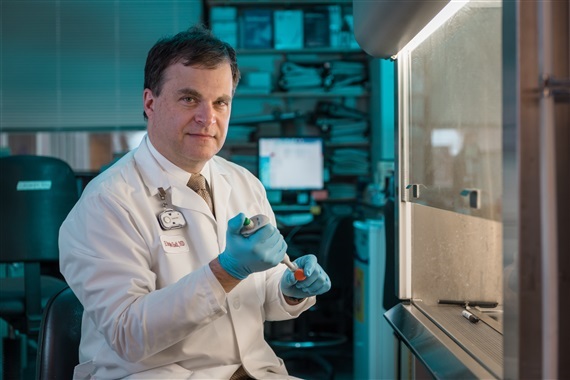 The study randomized 714 patients who had not previously been treated for advanced melanoma. Of those who completed the trial, just under 30% went on to receive subsequent systemic therapy, including a PD-1 or CTLA4 immune checkpoint inhibitor (which exposes cancer cells to an immune system attack), or drugs targeting the BRAF/MEK gene pathway. Overall, patients who had received the immunotherapy combination had a better progression-free survival after their next line of subsequent therapy than did those who had been treated with nivolumab alone. Among patients who discontinued study therapy, the median time in which patients were free of treatment before starting a second line of therapy was longer for those who had received the combination therapy than for those who received nivolumab alone.

Both nivolumab and relatlimab are antibody drugs. They target separate proteins on T cells to revive and reinvigorate the cells’ natural attack on tumor cells. Nivolumab targets PD-1, a checkpoint protein that prompts T cells to call off their attack when it binds to a corresponding protein on tumor cells. Relatlimab targets the protein LAG-3, an immune checkpoint receptor protein that functions to control T-cell response, activation and growth.

“The RELATIVITY trial importantly demonstrates clinical benefit across melanoma patient subgroups for the combination of nivolumab plus relatlimab and provides an additional example of dual immune checkpoint blockade,” says the study’s first author, F. Stephen Hodi, MD, director of the Melanoma Center and Center for Immuno-Oncology at Dana-Farber.

The clinical trial was supported by Bristol Myers Squibb.